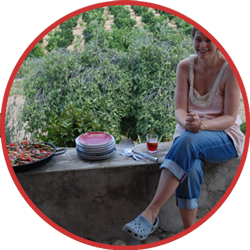 People often ask how we became paella caterers. One answer is from when we lived in Spain – our neighbour out in the orchards of Murcia was one of the best Spanish cooks we have ever met. Teresa taught us to cook authentic Murcian paellas with rabbit and snails; she taught us to cook on open fire using the best local ingredients to create a sofrito. And in huge quantities – using massive paelleros propped on the fire, where each pan would feed fifty people. 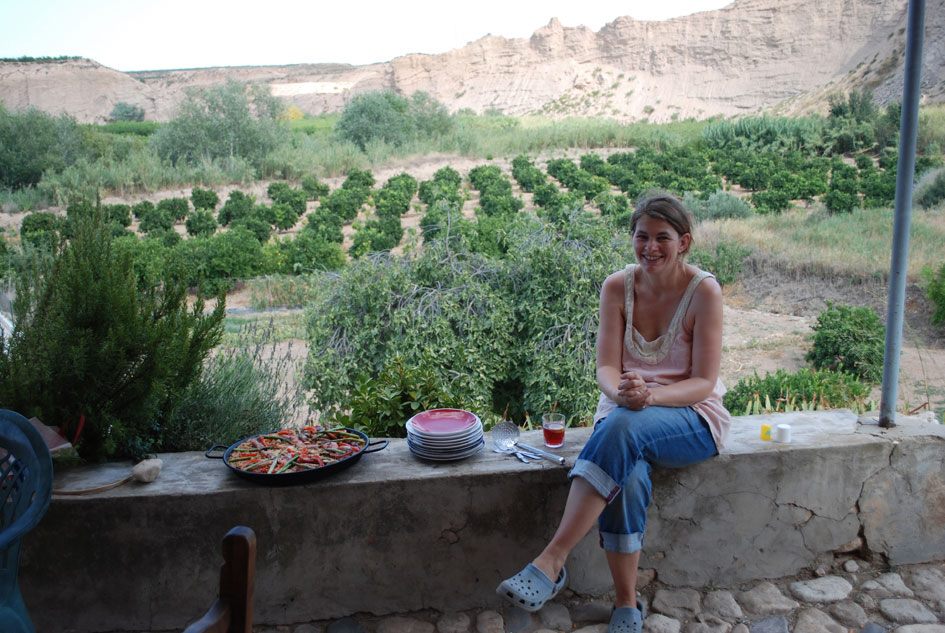 We might have been in awe, but still we didn’t think about becoming paella caterers. We sat breathing in the aromas of the rosemary that was added to the flames and the wood from the orange groves. The more squeamish might want to turn away now: Teresa would pull the live rabbits out of a sack. She had bought them from the market that morning and, like Mr McGregor, had tied them up carefully. Unlike the Flopsy bunnies, there was no escape. Butchered swiftly and more efficiently than any butcher I have seen, she would soon have them sizzling in the pan. 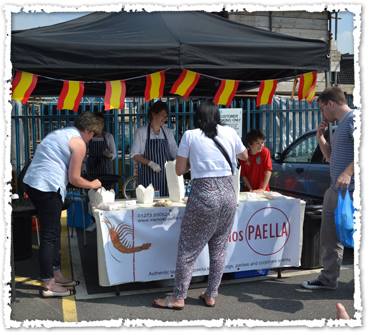 It was back in the UK, living in Brighton when we were invited to a friend’s 40th birthday party. They had hired in some paella caterers to cook up for us in the local park. OK, we all had a great time; the sun shone, and the beer flowed. But we watched in horror as tins of mussels were opened in front of us; tins of tomatoes tipped in followed by long grained rice – and finally a tin of peas.

That was when we decided to become paella caterers; to use fresh ingredients; to use Teresa’s top tips; to bring a bit of the joy of a Spanish fiesta to the UK. It was a long and winding road at times, but we feel we have now become some of the finest paella caterers in the UK. We have yet to be asked to cook snails and rabbit but it is still on offer should anyone want. Thank you,Teresa!